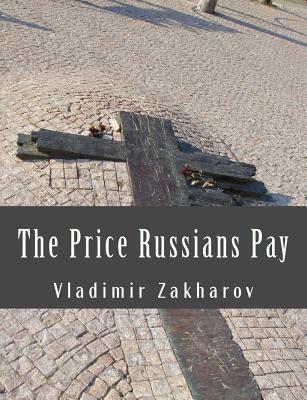 For the first census of the Russian Empire in 1897, the famous chemist Dmitri Mendeleev made a long-term forecast of Russia's demographic development, according to which the population of Russia at the end of the twentieth century would be about 0.6 billion people, and by the mid-twenty-first century, it would be more than a billion people. By 1913, the population of the Russian Empire was already 7.8 % of the world's one-and-a-half billion population. However, during the First World War, Communists seized power in Russia and Mendeleev's predictions were not justified because communists installed unnatural political and economic order in the country that led to destruction and extinction of the hard working people who worked well for themselves but not for anonymous Soviet state. After 1917, the population growth rate in Russia fell sharply. The demographic situation in Russia deteriorated further after the collapse of the Soviet Union in late 1991. Russia's population decreased and the country entered into a protracted period of depopulation between 1999 and 2008. The average losses reached 580,000 people a year. Such unprecedented speed of depopulation happened without world wars, epidemics, and natural disasters. After returning to capitalism, the main factors of Russian depopulation are loss of the sense of life, decline of the Soviet moral basis, alcoholism, early deaths and emigration to other countries. The main part of the loss resulted in the decrease of the working population. If this trend continues, by 2050 Russia will account for less than 1% of the world's population. Why is this happening? The answer to this question is in this book. It is difficult to deal with a country you do not completely understand. It is difficult to work with people, whose motives, ways of thinking, and traditions of behavior are different from yours. For the majority of people on Earth, it was hard to predict the collapse of the Soviet Union and the strange, irrational behavior of the Soviet-Russian leaders-Gorbachev, Yeltsin, and Putin-in the last twenty-nine years. Sometimes they seemed smart and cooperative, while other times their behavior was unreasonable from the rational standpoint. This book helps to understand the nature of the Russian man and motives of his behavior. This book, written by Russian psychologist Vladimir P. Zakharov, is devoted to the mentality of the Russian man. The author has analyzed the known historical and political events using a psychological approach. It is not an easy task to write about people of certain ethnical origins in general. It is just like measuring the average temperature of all patients in a hospital. However, prevailing typical models of behavior settled for centuries determine the history and destiny of the nation. Each person may behave differently and create a private action, but for some inexorable way the resultant of many private actions generates an overall event or result that belongs only to this ethnical group, as a unique community of people. Book cover is based on the photo that was made at the place on Vatzlav Square in Prague in memory of the Czech student Jan Palach who burned himself protesting against the Soviet invasion in Czechoslovakia in 1968. This is the second Russian-English edition.

Vladimir Zakharov, PhD. For nineteen years, he worked at Leningrad State University in the area of psycho-diagnostics and socio-psychological training. Vladimir founded the Department of Industrial Psychology at MIPK St. Petersburg State Technical University and led this department for nearly five years. He has fifty-five publications. Vladimir currently lives in Minnesota in the United States.