Imperium: The Philosophy of History and Politics (Paperback) 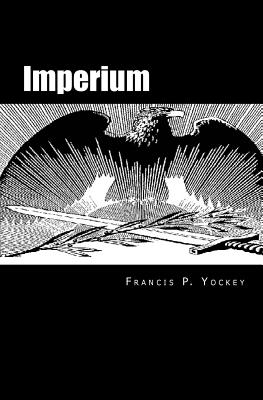 This is Yockey's famous masterpiece. It is inspired by Oswald Spengler's Decline of the West. Imperium advocates the creation of a pan-European empire governed by sound principles or 'absolute politics'. It is divided into five parts, which are concerned with History, Politics, 'Cultural Vitalism', America and the World Situation. Imperium deals with doctrinal matters as well giving a survey of the 'world situation' in the 20th century. "In this book," writes Yockey, "are the precise, organic foundations of the Western soul, and in particular, its Imperative at the present stage." "...What is written here is also for the true America, even though the effective America of the moment, and of the immediate future is a hostile America, an America of willing, mass-minded tools in the service of the Culture-distorting political and total enemy of the Western Civilization." "The mission of this generation is the most difficult that has ever faced a Western generation. It must break the terror by which it is held in silence, it must look ahead, it must believe when there is apparently no hope, it must obey even if it means death, it must fight to the end rather than submit. ...The men of this generation must fight for the continued existence of the West..." "The soil of Europe, rendered sacred by the streams of blood which have made it spiritually fertile for a millennium, will once again stream with blood until the barbarians and distorters have been driven out and the Western banner waves on its home soil from Gibraltar to North Cape, from the rocky promontories of Galway to the Urals." The book's Chicago-born author, Francis P. Yockey, was just 30 years old when he wrote Imperium in six months in a quiet village on Ireland's eastern coast. His masterpiece continues to shape the thinking and steel the will of readers around the world.