Me and Earl and the Dying Girl (Prebound) 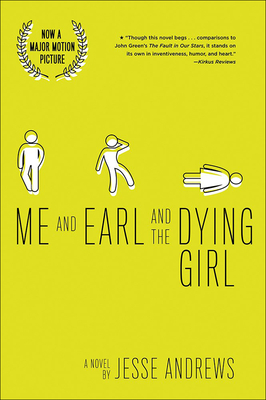 The book that inspired the hit film
Sundance U.S. Dramatic Audience Award
Sundance Grand Jury Prize
"This is the funniest book you ll ever read about death. "
It is a universally acknowledged truth that high school sucks. But on the first day of his senior year, Greg Gaines thinks he's figured it out. The answer to the basic existential question: How is it possible to exist in a place that sucks so bad? His strategy: remain at the periphery at all times. Keep an insanely low profile. Make mediocre films with the one person who is even sort of his friend, Earl.
This plan works for exactly eight hours. Then Greg's mom forces him to become friends with a girl who has cancer. This brings about the destruction of Greg's entire life.
Praise for "Me and Earl and the Dying Girl"
STARRED REVIEW
One need only look at the chapter titles ( Let's Just Get This Embarrassing Chapter Out of the Way ) to know that this is one funny book.
"Booklist," starred review
STARRED REVIEW
A frequently hysterical confessional...Debut novelist Andrews succeeds brilliantly in painting a portrait of a kid whose responses to emotional duress are entirely believable and sympathetic, however fiercely he professes his essential crappiness as a human being. Though this novel begs inevitable thematic comparisons to John Green's The Fault in Our Stars (2011), it stands on its own in inventiveness, humor and heart.
"Kirkus Reviews," starred review
It is sure to be popular with many boys, including reluctant readers, and will not require much selling on the part of the librarian.
"VOYA"
"Mr. Andrews' often hilarious teen dialogue is utterly convincing, and his characters are compelling. Greg's random sense of humor, terrible self-esteem and general lack of self-awareness all ring true. Like many YA authors, Mr. Andrews blends humor and pathos with true skill, but he steers clear of tricky resolutions and overt life lessons, favoring incremental understanding and growth."
"Pittsburgh Post-Gazette"
Awards
Capitol Choices 2013 - Noteworthy Titles for Children and Teens
Cooperative Children's Book Center (CCBC) Choices 2013 list - Young Adult Fiction
YALSA 2013 Quick Picks for Reluctant Young Adult Readers
YALSA 2013 Best Fiction for Young Adults
YALSA 2014 Popular Paperbacks for Young Adults

Jesse Andrews is a writer, musician, and former German youth hostel receptionist. He is a graduate of Schenley High School and Harvard University and lives in Brooklyn, New York, which is almost as good as Pittsburgh. This is his first novel. Visit him online at www.jesseandrews.com.