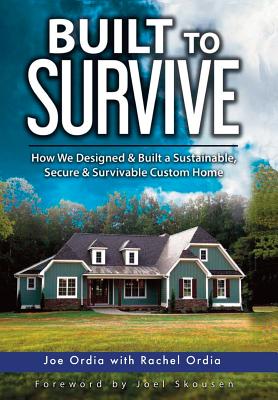 By Joe Ordia, Joel Skousen (Foreword by)
$29.95
Unavailable, Out of Stock, or Out of Print

Imagine that a natural disaster results in a blackout lasting not days, but weeks. Imagine a cyber attack by a terrorist group or rouge nation results in one lasting not weeks, but months. Imagine that an electromagnetic pulse EMP] caused by a high-altitude nuclear explosion shuts down the nation's electric grid for what could last years. How long would you and your family be able to survive? According to a government study, approximately 90 percent of Americans would perish within the first year.

As a government contractor in Baghdad during the Iraq war, Joe Ordia witnessed firsthand what it would be like to try to survive without electricity and basic municipal services. Those unprepared would be likely to find themselves with no running water, no sewage, no refrigeration, no heat or air conditioning, and no electric lights. Now married with five children, Joe decided that was not something he would allow to happen to his family. Yet he and his wife Rachel were not prepared to give up a normal lifestyle and retreat to a cabin in the wilderness. With a rapidly growing family, they wanted a home that would provide what most would consider a normal middle-class quality of life for their children and themselves. But at the same time, they wanted a home that would also serve as a survival retreat capable of supporting a comfortable lifestyle during a time of crisis, including a prolonged outage of the electric grid.

This book details how Joe and his wife Rachel designed and oversaw the building of a custom home from start to finish that can operate off the grid and without public utilities for at least a year. A well for water, a buried propane tank for cooking and backup heating, solar panels, battery storage, and a gasoline generator to recharge the battery bank during extended periods of inclement weather make it possible to cook, heat and cool the home, wash and dry clothes, and run all the electrical appliances that anyone would want or expect to have in a modern, twenty-first century home.

Even if the worst never comes to pass, Joe and Rachel feel they have made a good investment because they are able to sell excess electricity their solar panels generate to the local electric utility, which in most months will reduce their electric bill to zero. You may wonder if you can afford a solar power system for your home. The truth is, because the federal government offers a 30 percent tax rebate, most homeowners can have one without putting any money down while at the same time the system dramatically reduces or even zeros out how much they spend each month on electricity. Sound too good to be true? Read this book and you will learn the details.