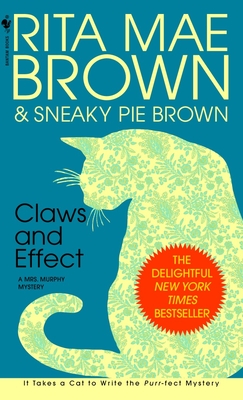 This is book number 9 in the Mrs. Murphy series.

Winter puts tiny Crozet, Virginia, in a deep freeze and everyone seems to be suffering from the winter blahs, including postmistress Mary Minor “Harry” Haristeen. So all are ripe for the juicy gossip coming out of Crozet Hospital–until the main source of that gossip turns up dead. It’s not like Harry to resist a mystery, and she soon finds the hospital a hotbed of ego, jealousy, and illicit love.

But it’s tiger cat Mrs. Murphy, roaming the netherworld of Crozet Hospital, who sniffs out a secret that dates back to the Underground Railroad. Then Harry is attacked and a doctor is executed in cold blood.

Soon only a quick-witted cat and her animal pals feline Pewter and corgi Tee Tucker stand between Harry and a coldly calculating killer with a prescription for murder.

“Mrs. Murphy is [a] cat who detects her way into our hearts.”—San Francisco Chronicle Book Review