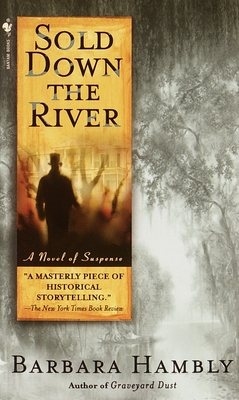 By Barbara Hambly
$7.99
Unavailable, Out of Stock, or Out of Print

This is book number 4 in the Benjamin January series.

Penetrating the murkiest corners of glittering New Orleans society, Benjamin January brought murderers to justice in A Free Man of Color, Fever Season, and Graveyard Dust. Now, in Barbara Hambly's haunting new novel, he risks his life in a violent plantation world darker than anything in the city....

When slave owner Simon Fourchet asks Benjamin January to investigate sabotage, arson, and murder on his plantation, January is reluctant to do any favors for the savage man who owned him until he was seven. But he knows too well that plantation justice means that if the true culprit is not found, every slave on Mon Triomphe will suffer.

Abandoning his Parisian French for the African patois of a field hand, cutting cane until his bones ache and his musician's hands bleed, Benjamin must use all his intelligence and cunning to find the killer ... or find himself sold down the river.

Barbara Hambly attended the University of California and spent a year at the University of Bordeaux, France, obtaining a master's degree in medieval history. She has worked as both a teacher and a technical editor, but her first love has always been history. Ms. Hambly lives in Los Angeles with two Pekingese, a cat, and another writer.

And coming soon in hardcover:

Die Upon a Kiss