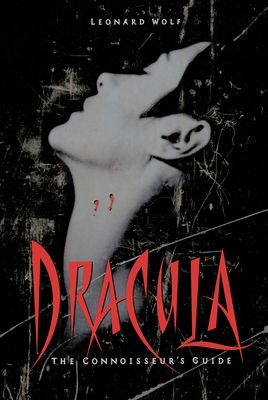 In the 100 years since its publication, Bram Stoker's Dracula has never been out of print.  Once introduced to the world by the silent film classic Nosferatu in 1921, Dracula became an enduring icon of fear, forever immortalized as a frightful embodiment of evil and forbidden sexuality.

Now, in this fascinating and entertaining account, Wolf examines the various interpretations of the immortal vampire in print, film, television, theater, and literature, including an extensive outline of Bram Stoker's life and his literary masterpiece, Dracula.  Wolf explains how the story of a sexually sadistic undead creature/man who feeds on blood worked its way into mainstream society and how it is now used as a ubiquitous marketing tool for products from hair tonic to children's breakfast cereal.

* An exploration and the history of vampire myths, including the tale of Vlad the Impaler
* An overview of vampire films from the silent classic Nosferatu to Francis Ford Coppola's Bram Stoker's Dracula
* A discussion of vampire bats and the lore of blood
* A complete bibliography, filmography with movie stills, telefilmography, and a theater chronology
* Maps of Transylvania, London, and Whitby
* A calendar to coincide with the "real time" actions of Bram Stoker's Dracula, complete with sunrise and sunset times as well as the all-important phases of the moon
* And much more...

Leonard Wolf is a teacher, an author, a leading translator of Yiddish literature, and an award-winning authority on Gothic literature and film. He has edited such volumes as Wolf’s Complete Book of Terror and Blood Thirst: 100 Years of Vampire Literature.