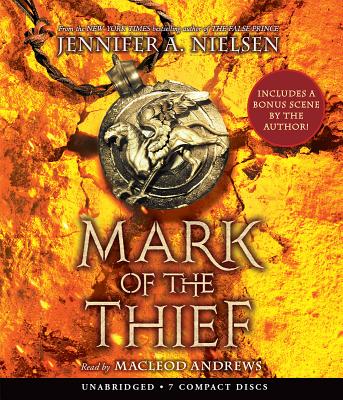 By Jennifer A. Nielsen
This Book Is Not Sold Online - Inquire In Store
Not In Stock/Special Order

When Nic, a slave in the mines outside of Rome, is forced to enter a sealed cavern containing the lost treasures of Julius Caesar, he finds much more than gold and gemstones: He discovers an ancient bulla, an amulet that belonged to the great Caesar and is filled with a magic once reserved for the Gods -- magic some Romans would kill for.

Jennifer A. Nielsen is the acclaimed author of the New York Times and USA Today bestselling Ascendance Trilogy: The False Prince, The Runaway King, and The Shadow Throne. She also wrote the New York Times bestselling Mark of the Thief trilogy: Mark of the Thief, Rise of the Wolf, and Wrath of the Storm; the standalone fantasy The Scourge; the historical thriller A Night Divided; and Book Six of the Infinity Ring series, Behind Enemy Lines. Jennifer lives in northern Utah with her husband, their three children, and a perpetually muddy dog.