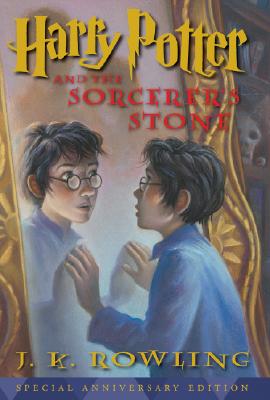 This is the same story we know and love, but now with gorgeous color illustrations. Whether you’ve read the series over and over, or you’re just starting it for the first time- this is the perfect gift for Harry Potter fans of ALL ages!

“Wonderful…Funny, moving and impressive” The New York Times Book Review
Starred: “A delightful award-winning debut from an author who dances in the footsteps of P.L. Travers and Roald Dahl” Publisher Weekly starred review


“A delightful award-winning debut from an author who dances in the footsteps of P.L. Travers and Roald Dahl”  - Publisher Weekly starred review