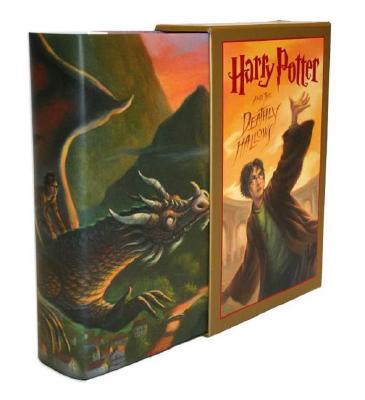 The thrilling final book in J. K. Rowling's seven-part saga receives a production treatment as sumptuous as its story, with a special slipcase and art exclusive to this Deluxe edition.

Beyond the excitement of the Book 7 text itself, the Deluxe Edition includes an exclusive insert featuring near-scale reproductions of Mary GrandPré's interior art, as well as never-before-seen full-color frontispiece art on special paper. The custom-designed slipcase is foil-stamped and contains a full-cloth case book that has been blind-stamped on front and back cover with foil stamping on the spine. The book includes full-color endpapers featuring the jacket art from the trade edition, and a wraparound jacket featuring art created especially for this edition by Mary GrandPré.