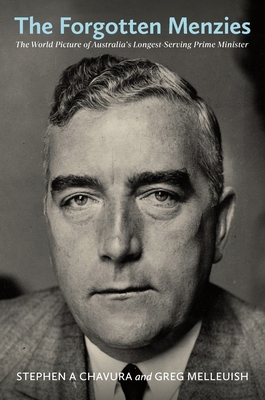 Sir Robert Gordon Menzies was the founder of the Liberal Party of Australia. As well as being Australia's longest-serving prime minister, Menzies was the most thoughtful. Menzies' world picture was one where Britishness was the overriding normative principle, and in which cultural puritanism and philosophical idealism were pervasive. Unless we remember this cultural background of Menzies' thought then we will seriously misunderstand what he meant by the very project of liberalism. The Forgotten Menzies argues that Menzies' greatest aspiration was to protect the ideals of cultural puritanismin Australia from two kinds of materialism: communism; and the mindset encouraged by affluence and technological progress. Central to Menzies' project of cultural and civilisational preservation was the university, an institution he spent much of his career extolling and expanding. The Forgotten Menzies makes an important contribution to the history of political thought and ideology in Australia, as to understanding the largely forgotten but rich intellectual origins of the Liberal Party.

Greg Melleuish is a professor in the School of Humanities and Social Inquiry, University of Wollongong, where he teaches, among other things, Australian politics. He has written widely on Australian political thought, including Cultural Liberalism in Australia (Cambridge University Press, 1995) and Despotic State or Free Individual (Australian Scholarly Publishing, 2014). Stephen A. Chavura is an independent scholar. He is co-author of Reason, Religion and the Australian Polity: A Secular State? (2019) and has published articles in History of European Ideas, Journal of Religious History, and Australian Journal of Political Science. He teaches history and politics at Campion College, Sydney.