South America and the First World War: The Impact of the War on Brazil, Argentina, Peru and Chile (Cambridge Latin American Studies #65) (Paperback) 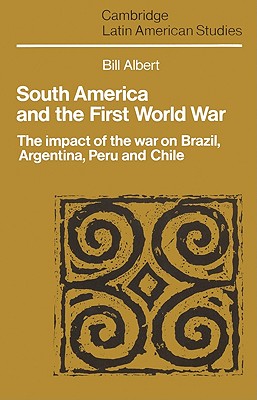 The collapse of this economy in August 1914 and its subsequent restructuring, therefore, created extremely testing conditions for peripheral countries. These conditions and the way in which they were dealt with help to highlight the strengths and weaknesses of the variants of the primary-export-based capitalist development which had taken root here. Also, as had happened in Europe, the war witnessed far-reaching political and social changes in the region, associated in the main with the emergence of a more vocal urban middle class and a more combative working class. By considering within a fully comparative perspective some of the main elements of both economic and socio-political change in four major Latin American countries during the war years, this study provides many important new insights into the nature and limitations of pre-war growth as well as the significance of the many changes brought by the war.