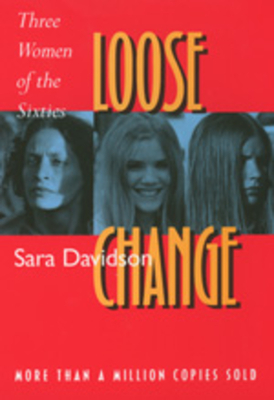 This is a compelling story of the experiences of three young women who attended the University of California at Berkeley and became caught up in the tumultuous changes of the Sixties. Sara Davidson follows the three—Susie, Tasha, and Sara herself—from their first meeting in 1962, through the events that "radicalized" them in unexpected ways in the decade after the years in Berkeley. Susie navigates through the Free Speech Movement and the early women's movement in Berkeley, and Tasha enters the trendy New York art and society scene. Sara, a journalist, travels the country reporting on the stories of the sixties.

The private lives that Davidson reconstructs are set against the public background of the time. Figures such as Timothy Leary, Mario Savio, Tom Hayden, and Joan Baez are here, as are the many young people who sought alternatives to "the establishment" through whatever means seemed worth exploring: radical politics, meditation, drugs, group sex, or dropping out. Davidson's honest and detailed chronicle reveals the hopes, confusion, and disillusionment of a generation whose rites of passage defined one of the most contentious decades of this century.

Sara Davidson's articles have appeared in numerous publications, including Esquire, The New York Times Magazine, Harper's, Atlantic Monthly and Rolling Stone. She is the author of Real Property (1980), Friends of the Opposite Sex (1984) and Rock Hudson: His Story (1986). She lives in Santa Monica, California.