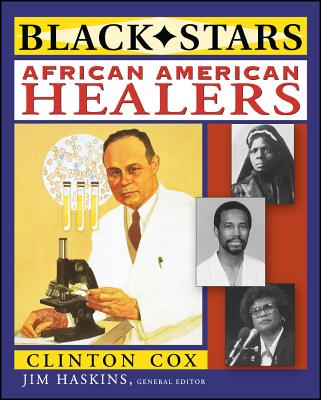 Throughout American history, determined African Americans havebecome healers. As doctors, nurses, and scientists, they have madevital contributions to the health of the American people. The road to attaining the knowledge these healers longed for was adifficult one. But they kept going, despite the obstacles. Thesehealers would not only mend the ills of the sick, but would alsofound schools, build hospitals, and fight for equal treatment aswell as for the rights of their patients. These true and inspiring stories of some of the great AfricanAmerican healers show you how: Dr. James Durham, the first African American doctor, saved thelives of more yellow fever victims than most doctors in colonialPhiladelphia.
* Susie King Taylor began nursing both black and white soldiers atthe age of thirteen when the Civil War began and cared for themthroughout the war.
* Dr. Daniel Hale Williams, who founded Provident Hospital inChicago, saved a patient's life by performing the first successfulopen-heart operation.
* Dr. Justina Laurena Ford, the first black female physician in theRocky Mountains, treated patients of all races in their homes, andbecame fluent in eight languages.
* Dr. Charles Drew invented the blood bank and discovered new usesfor plasma.
* Dr. Benjamin Carson blazed a trail in the amazing field of brainsurgery. This outstanding collection brings to light these and dozens ofother exciting and surprising tales of the men and women ofmedicine who lived their dreams.

Clinton Cox is a journalist and author who has twice been nominatedfor the Pulitzer Prize. His children's book Undying Glory was aCBC/NCSS Notable Children's Trade Book in the Field of SocialStudies. Jim Haskins has written more than one hundred nonfiction books foryoung readers, including Diary of a Harlem School Teacher; hiscollaboration with Rosa Parks on her autobiography, Rosa Parks: MyStory; The Harlem Renaissance; and Black Eagles: African Americansin Aviation. He is Professor of English at the University ofFlorida, Gainesville, and winner of numerous awards, including theWashington Post Children's Book Guild Award for the body of hiswork, the Carter G. Woodson Award, and the Coretta Scott King BookAward.