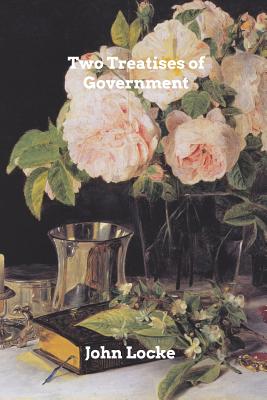 Two Treatises of Government (or Two Treatises of Government: In the Former, The False Principles, and Foundation of Sir Robert Filmer, and His Followers, Are Detected and Overthrown. The Latter Is an Essay Concerning The True Original, Extent, and End of Civil Government) is a work of political philosophy published anonymously in 1689 by John Locke. The First Treatise attacks patriarchalism in the form of sentence-by-sentence refutation of Robert Filmer's Patriarcha, while the Second Treatise outlines Locke's ideas for a more civilized society based on natural rights and contract theory.

This publication contrasts former political works by Locke himself. In Two Tracts on Government, written in 1660, Locke defends a very conservative position; however, Locke never published it. In 1669, Locke co-authored the Fundamental Constitutions of Carolina, which endorses aristocracy, slavery and serfdom. Some dispute the extent to which the Fundamental Constitutions of Carolina portray Locke's own philosophy, vs. that of the Lord proprietors of the colony; the document was a legal document written for and signed and sealed by the eight Lord proprietors to whom Charles II had granted the colony. In this context, Locke was only a paid secretary, writing it much as a lawyer writes a will.