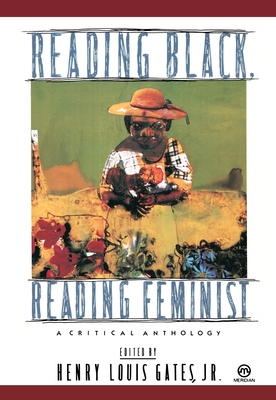 A unique and comprehensive collection of 26 literary essays that provides real evidence of the rich cultural history of black women in America.

Black women’s writing has finally emerged as one of the most dynamic fields of American literature. Here, leading literary critics—both male and female, black and white—look at fiction, nonfiction, poetry, slave narratives, and autobiographies in a totally new way. In essence, they reconstruct a literary history that documents black women as artists, intellectuals, symbol makers, teachers, and survivors. Important writers whose work and lives are explored include Toni Morrison, Gloria Gaynor, Maya Angelou, and Alice Walker, and the fascinating list of essays range from Nellie Y. McKay’s “The Souls of Black Women Folk in the Writings of W. E. B. Du Bois” to Jewelle L Gomez’s very personal tribute to Lorraine Hansberry as a dramatist and crusader for social justice. Henry Louis Gates Jr., the editor of this anthology and a noted authority on African-American literature, has provided a thought-provoking introduction that celebrates the experience of “reading black, reading feminist.” A penetrating look at women’s writing from a unique perspective, this superb collection brings to light the rich heritage of literary creativity among African-American women.

“Why is the fugitive slave, the fiery orator, the political activist, the abolitionist always represented as a black man? How does the heroic voice and heroic image of the black woman get suppressed in a culture that depended on her heroism for survival?”—Mary Helen Washington, from her essay in Reading Black, Reading Feminist

Henry Louis Gates, Jr. was Professor of English, Comparative Literature, and Africana Studies at Cornell University, and also tenured at Yale, Duke, and Harvard, where he was appointed W.E.B. DuBois professor of humanities in 1991. Professor Gates is the author of Figures in Black: Words, Signs, and the Racial Self, Wonders of the African World, The Signifying Monkey: A Theory of African-American Literary Criticism, Thirteen Ways of Looking at a Black Man, Loose Cannons: Notes on the Culture Wars, and Colored People: A Memoir. With Cornel West, he co-wrote The African American Century: How Black Americans Have Shaped Our Country and The Future of the Race. He is also the editor of the critically-acclaimed edition of Our Nig, an annotated reprint of Harriet E. Wilson’s 1859 novel, The Slave’s Narrative (with the late Charles T. Davis), Africana: The Encyclopedia of the African and African-American Experience, Six Women’s Slave Narratives, and In the House of Oshugbo: Critical Essays on Wole Soyinka. He is a recipient of the MacArthur Prize.