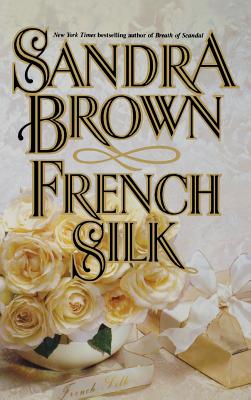 When she becomes a murder suspect, a New Orleans beauty and lingerie tycoon must share her most deeply buried secrets with a disturbingly handsome district attorney in order to clear her name. Like the city of New Orleans itself, Claire Laurent is a vibrant beauty laced with mystery. As the founder of French Silk, a fabulous lingerie company, she has fought hard to achieve worldwide success. Then a TV evangelist attacks French Silk's erotic sleepwear as sinful. And when he is killed, Claire becomes the prime suspect. District Attorney Robert Cassidy knows Claire is damning herself with lie after lie about the murder, even as he feels her drawing him into her world and her very soul. But neither Cassidy nor her protests of innocence can save Claire unless she reveals a shocking truth -- one she has sworn to take to the grave . . .

Sandra Brown is the author of seventy-three New York Times bestsellers. There are more than eighty million copies of her books in print worldwide, and her work has been translated into thirty-four languages. Four of her books have been made into films. In 2008, the International Thriller Writers named Brown its Thriller Master, the organization's highest honor. She has served as president of Mystery Writers of America and holds an honorary doctorate of humane letters from Texas Christian University. She lives in Texas.