Aleksandr Blok's Trilogy of Lyric Dramas: A Puppet Show, the King on the Square and the Unknown Woman (Paperback) 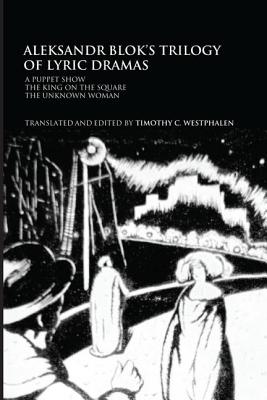 By Timothy C. Westphalen (Editor)
$66.95
Unavailable, Out of Stock, or Out of Print

Aleksandr Blok's Trilogy of Lyric Dramas gathers together for the first time in English translation the first three plays by Aleksandr Blok, the pre-eminent poet of Russian Symbolism and one of the greatest poets of the twentieth century. The three plays that constitute the trilogy - A Puppet Show, The King on the Square and The Unknown Woman - are pivotal documents in the development of modernist drama. In his productions of A Puppet Show; and The Unknown Woman, Meyerhold first began to work the basic tenets of his approach to grotesque and constructivist theatre. Moreover, A Puppet Show provided the inspiration and much of the foundation for Meyerhold's theoretical writings. As a result, these plays are indispensable to any student of Meyerhold or modernist theatre. The plays are presented in the context of the poetry from which they issued in order to suggest how Blok developed the themes and motifs of the plays in other genres.