The Ngo Factor in Africa: The Case of Arrested Development in Kenya (African Studies) (Paperback) 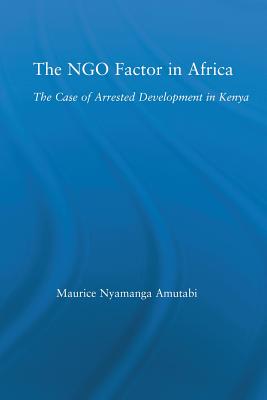 By Maurice N. Amutabi
This Book Is Not Sold Online - Inquire In Store

The book breaks new ground in understanding the role of Non-Governmental Organizations (NGOs) in Africa. The book historicizes NGOs using the Rockefeller Foundation as a case study, looking at its tripartite paradoxical roles as an agent of colonialism, globalization and development/underdevelopment. It deploys interdisciplinary devices to show how the RF projects have engaged in marginalization, patronage and 'othering' of African values and customs and the ensuing controversies. Using globalization, postmodern and postcolonial theories the book deconstructs the long-held myths about NGO inviolability, and opens ground for understanding their strengths. It interrogates sites of contestation, apprehension and possibilities that the RF has produced. Using RF projects, it looks at structures of hegemony, race, power, class and gender that the RF has created. The book illustrates the extent to which the RF has been instrumental in spreading capitalism, imperialism in economic, political, cultural and social realms through globalization. It desists from the grand narrative approach that has dominated African history in the past but instead gives agency and voice to those that have previously been marginalized.