The Way of Life According to Lao Tzu (Paperback) 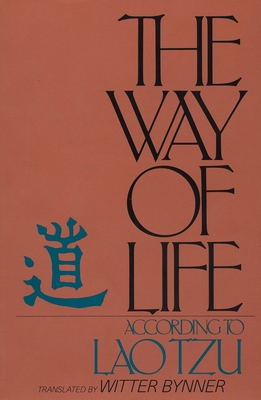 “The eighty-one sayings in this volume shine like gems-cut clear and beautiful in every facet . . . . This translation will stand as the perfect rendering of a classic work.”—John Haynes Holmes

Lao Tzu was one of the greatest mystics of all time. Legend tells us that he was immaculately conceived by a shooting star. Confucius, who met him only once, likened him to a dragon, the one creature in all creation whose ways he would never understand.
Some hold that Lao Tzu was not one man but many men, and the work attributed to him, the Tao Teh Ching, the product of many minds over many centuries.

But whether or not the Tao Teh Ching, here presented as The Way of Life, is the author’s own matters little. From its original in sixth-century B.C. China it has come down to us as one of the most powerful testaments ever written to man’s fitness in the universe. The basis of Taoism, one of the world’s great religions, the Tao Teh Ching has been translated more frequently than any other work besides the Bible. Articulating the way of poise, serenity, and complete assurance, it teaches us how to work with the invisible forces of nature, the psyche, and the soul for a more successful life. Not passive contemplation, but creative quietism is the Way of Lao Tzu, and it has never been more relevant than it is today.