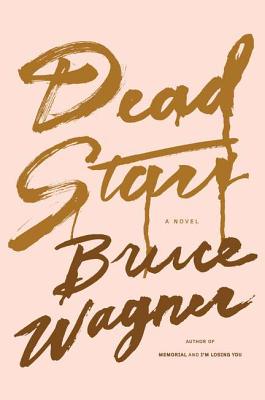 At age thirteen, Telma is famous as the world's youngest breast cancer survivor until threatened with obscurity by a four-year-old Canadian who's just undergone a mastectomy Reeyonna believes that auditioning for pregnant-teen porn online will help fulfill her dream of befriending Jennifer Lawrence and Kanye West Biggie, the neurologically impaired adolescent son of a billionaire, spends his days Google Map-searching his mother-who abandoned home and family for a new love Jacquie, a photographer once celebrated for taking arty nudes of her young daughter, is broke and working at Sears Family Portrait Boutique Tom-Tom, a singer/drug dealer thrown off the third season of "American Idol" for concocting a hard-luck story, is hell-bent on creating her own TV series in the Hollywood Hills, peopled by other reality-show losers Jerzy, her sometime lover, is a speed-freak paparazzo who specializes in capturing images of dying movie and television stars And Oscar-winning Michael Douglas searches for meaning in his time of remission.While his wife, Catherine, guest-stars on "Glee," the actor plans a bold, artistic, go-for-broke move: to star in and direct a remake of Bob Fosse's "All That Jazz "

There is nothing quite like a Bruce Wagner novel.His prose is captivating and exuberant, and surprises with profound truths on spirituality, human nature, and redemption."Dead Stars" moves forward with the inexorable force of a tsunami, sweeping everyone in its fateful path.With its mix of imaginary and real-life characters, it is certain to be the most challenging, knowing, and controversial book of the year.

A Top-Ten favorite book of 2012 from Sam Sacks of The Wall Street Journal   “Written in hyper-hilarious, brilliant prose, [DEAD STARS] renders an obsessive pop-culture nightmare of surprising realism and light, illuminating the meanest corners of its characters’—and our culture’s—desperation.” —Publisher’s Weekly, STARRED review   “Dead Stars is a tragicomic Hollywood epic: obscene, scandalous, heartbreaking. Best American novel I’ve read in a year…” —@BretEastonEllis   “[T]here are few writers capable of escorting us more convincingly into a character’s tender, gnarled mind. Dead Stars, easily Wagner’s best and most ambitious novel yet, is a huge, riveting book...every page contains something statically electric enough to scorch the hair from your arms. Dead Stars is the London Fields of Los Angeles, the Ulysses of TMZ culture—an immensely literate, fearsomely interior novel about people who are neither.” —Tom Bissell, GQ   “[DEAD STARS is] not just the best novel about Americans and fame of the past dozen years but the best since Nathanael West's "The Day of the Locust” … We all know the problems that Mr. Wagner is criticizing—we know about the idolization of people who became famous by way of sex tapes; we know about the mind-boggling traffic rates of online pornography; we know about plummeting educational standards and shortening attention spans. Sociologists give us statistics, and pundits write jeremiads. It takes an artist to make us feel the full horror and humanity of the situation.” —Wall Street Journal   “Dead Stars is a manic, hypersexualized take-down of Hollywood wannabes and strivers, a relentless, wickedly funny, pornographic flash on the eddies of fame in the present moment….the book is a total leap, a stylistic satiric attack, a XXX accomplishment. Wagner is often called a Hollywood writer; I'm not sure that's fair. Fame, craven desire, sexuality, art, pornography, literature, envy, disappointment, greed—are these things limited to Hollywood?” —Carolyn Kellogg, Los Angeles Times   “Wagner’s prose reads like the lovechild of Hunter S. Thompson and David Foster wallace…The most enjoyable riffs in Dead Stars display Wagner’s up-to-the-nanosecond insider’s knowledge of the L.A. scene....He also writes some clean, mean, glittery dialogue.” —Lisa Zeidner, The Washington Post