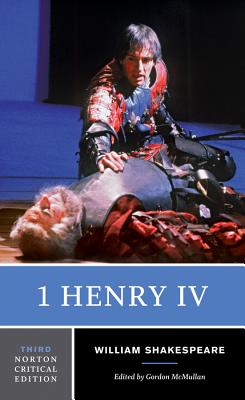 By William Shakespeare, Gordon McMullan (Editor)
$19.50
Unavailable, Out of Stock, or Out of Print

The text, with few departures, is that of the First Quarto (1598) edition of the play.

Act and scene divisions are not indicated in the Quarto; those of the First Folio have been incorporated, with one exception: scene ii of Act V has been divided into two scenes, with the concluding scenes numbered accordingly. The Third Edition includes expanded annotations.

"Contexts and Sources" includes dueling arguments on the play’s completeness (one play or one half of a play?) and the naming of a central character (Falstaff or Oldcastle?).

"Criticism" includes twenty-four essays—from E. M. W. Tillyard’s classic argument of an ordered Shakespearean universe to Graham Holderness’s rebuttal to Gus Van Sant’s interview regarding 1 Henry IV as the inspiration for his cult film, My Own Private Idaho—nineteen of them new to the Third Edition.

The Selected Bibliography has been thoroughly updated.

Gordon McMullan (D.Phil. Oxford) is Professor of English at King’s College London and Director of the London Shakespeare Centre. He is the author of Shakespeare and the Idea of Late Writing: Authorship in the Proximity of Death and The Politics of Unease in the Plays of John Fletcher, and editor of the Arden Shakespeare edition of Henry VIII and the Norton Critical Edition of 1 Henry IV. He is a General Editor of Arden Early Modern Drama. He has edited or co-edited several collections of essays, including Late Style and Its Discontents, Women Making Shakespeare, Reading the Medieval in Early Modern England, and In Arden: Editing Shakespeare.