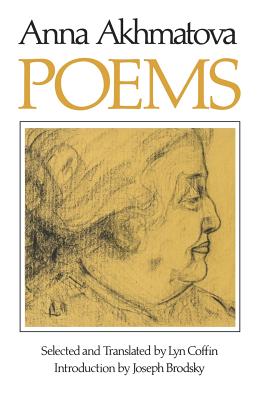 “Most of the lyrics in this volume are true to themselves as English poems and a nearly astonishing percentage are absolutely faithful, as well, to the Russian originals. . . .The Berlin Wall is as nothing compared to the linguistic boundaries separating East and West. The translations in this volume testify to a long-lasting love affair with these boundaries which has borne rich fruit.” —Joseph Brodsky

Ever since her death in 1966 Anna Akhmatova has been recognized as the greatest modern Russian poet. A rich and representative selection of Akhmatova’s work—from her poignant, deeply personal love poems to her haunting laments for the martyrs of the Stalinist purges—has been newly translated by the American poet Lyn Coffin. In her finely crafted translations Coffin has been uniquely successful in reproducing the directness and striking effects characteristic of Akhmatova’s poetry, and she is the first to remain true to Akhmatova’s rhyme and cadence. The poems are prefaced by a thoughtful introduction by the poet Joseph Brodsky, a friend of Akhmatova in her later years.