The Overcoat: and Other Tales of Good and Evil (Paperback) 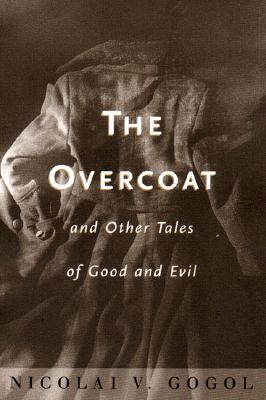 With the publication of "The Overcoat" in 1842, Nicolai Gogol (1809–1852) inaugurated a new chapter in Russian literature, in which the underdog and social misfit is treated not as a figure of fun or an object of charity, but as a human being with as much right to happiness as anybody else.

The compassion, simplicity, and gentle humor with which he treats the poignant quest of a hapless civil servant for the return of his stolen overcoat—and the fantastic yet realistic manner in which he takes revenge on his nemesis, the Very Important Person—mark "The Overcoat" as one of the greatest achievements of Gogol's genius.

The five other "Tales of Good and Evil" in this superb collection demonstrate the broad range of Gogol's literary palette in his short fiction: the fantastic, supernaturally tinged "The Terrible Vengeance," the comic portraiture of "Ivan Fydorovich Shponka and His Aunt," the tragic moral realism of "The Portrait" and "Nevsky Avenue," and the rampaging satire and absurdism of his send-up of Russian upper-class stupidity, "The Nose." The stories offer the reader the perfect introduction to the imaginative genius of Gogol, which was to flower so triumphantly in his masterpiece, Deal Souls.

Nikolai Gogol (1809–1852) was a novelist and political satirist. The author of Dead Souls and The Overcoat, he was one of Russia’s greatest writers.