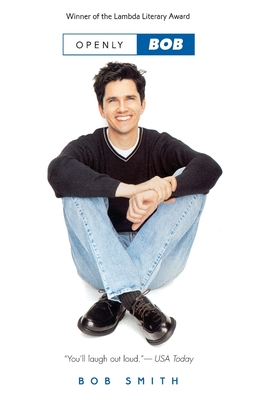 As an openly gay comic, Bob Smith broke barriers with an appearance on "The Tonight Show." Now Smith offers up his own original, whine-free perspective on being grown up and gay.In OPENLY BOB, the acclaimed comedian candidly, and humorously, tackles issues facing grown-up gays as they make their place in an overwhelmingly straight society. From bringing your boyfriend home to your father's funeral, to being the only gay couple at a family wedding, to surviving couples counseling, Smith's decidedly wry spin on the events of our lives resonates with keen observation and hilarious truth."So Mom says to me on the phone, 'Just because you're coming home for your father's funeral doesn't mean we can't have fun!'"Sex education, meteor showers, lesbian ventriloquist dummies, fleamarket shopping, body piercing, pot -smoking drag queens, environmental correctness, Judgment Day, Samuel Beckett, Newt Gingrich, Coco Chanel, Sigmund Freud--nothing and no one escapes Smith's incisive eye in this very human collection of comic essays.

Bob Smith is the author of Growing Up Gay, written with the Funny Gay Males, which was nominated for a Lambda Award. He tours extensively, performing across the country, and has written for numerous television shows, including Roseanne's, Saturday Night Special, and the MTV Video Awards. Smith is set to star in a new gay sketch-comedy series, coproduced by the CBC and Showtime, for which he will write and perform. Raised in Buffalo, New York, he now lives in Los Angeles with his boyfriend, Tom. You can E-mail Bob at bobscomedy@aol.com.