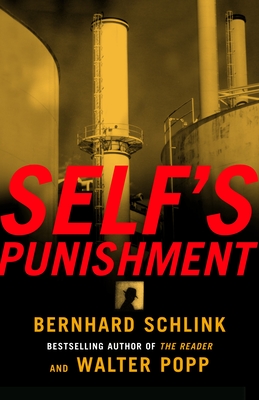 This is book number 1 in the Gerhard Self series.

As a young man, Gerhard Self served as a Nazi prosecutor. After the war he was barred from the judicial system and so became a private investigator. He has never, however, forgotten his complicity in evil.

Hired by a childhood friend, the aging Self searches for a prankish hacker who’s invaded the computer system of a Rhineland chemical plant. But his investigation leads to murder, and from there to the charnel house of Germany’s past, where the secrets of powerful corporations lie among the bones of numberless dead. What ensues is a taut, psychologically complex, and densely atmospheric moral thriller featuring a shrewd, self-mocking protagonist.

Bernhard Schlink is the author of the internationally best selling novel The Reader; a collection of short stories, Flights of Love; and three other crime novels, The Gordian Knot, Self Deception, and Self Slaughter, which are currently being translated into English. He is a professor at the Benjamin Cardozo School of Law, Yeshiva University, in New York.

Walter Popp was born in Nuremberg and studied law at the University of Erlangen. He started a law practice in Mannheim before moving to France in 1983. He now lives in a Provencial village with his teenage daughter and works as a translator.