The Concept of Morality (Paperback) 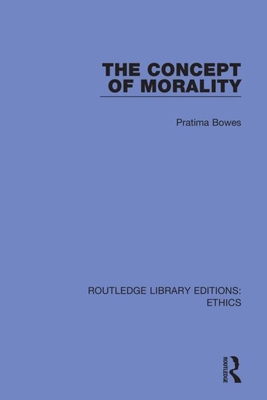 In this book, originally published in 1959, the author believes that general moral concepts embody conceptions of standards in accordance with which particular moral judgments proceed and these may become objects of theoretical understanding and knowledge - and hence be treated as facts in some context of a moral nature - in an ethical enquiry that is philosophical in character. The book clarifies the implications of conceptions which are used when aspects of our experiences are evaluated from a distinctive point of view, namely that of morality. It examines some of the theories which suggest that the function of ethical philosophy is something quite other than what traditional philosophers believed it to be, namely by asking what goodness or justice is.