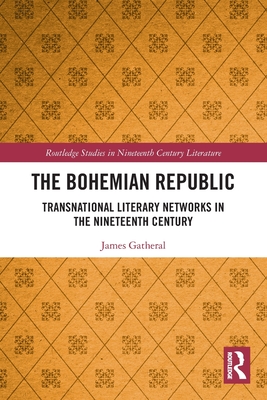 In the mid-nineteenth century successive cultural Bohemias were proclaimed in Paris, London, New York, and Melbourne. Focusing on networks and borders as the central modes of analysis, this book charts for the first time Bohemia's cross-Channel, transatlantic, and trans-Pacific migrations, locating its creative expressions and social practices within a global context of ideas and action. Though the story of Parisian Bohemia has been comprehensively told, much less is known of its Anglophone translations. The Bohemian Republic offers a radical reinterpretation of the phenomenon, as the neglected lives and works of British, Irish, American, and Australian Bohemians are reassessed, the transnational networks of Bohemia are rediscovered, the presence and influence of women in Bohemia is reclaimed, and Bohemia's relationship with the marketplace is reconsidered. Bohemia emerges as a marginal network which exerted a paradoxically powerful influence on the development of popular culture, in the vanguard of material, social and aesthetic innovations in literature, art, journalism, and theatre. Underpinned by extensive and original archival research, the book repopulates the concept of Bohemianism with layers of the networked voices, expressions, ideas, people, places, and practices that made up its constituent social, imagined, and interpretive communities. The reader is brought closer than ever to the heart of Bohemia, a shadowy world inhabited by the rebels of the mid-nineteenth century.