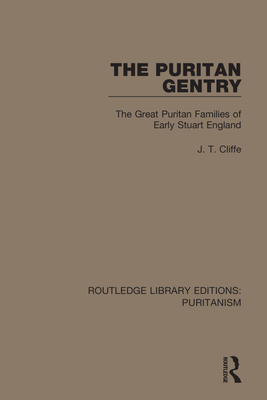 By J. T. Cliffe
This Book Is Not Sold Online - Inquire In Store

Originally published in 1984, this was the first detailed study of the impact of Puritan influences on the wealthy county families of early Stuart England. It discusses one of the central issues in the history of the English Civil War: what motivated those men and women who risked all in opposition to King Charles I. The book looks at the role played by gentry families in the advancement or defence of 'true religion', and considers the reasons why powerful families which helped to govern the counties were to be found among the godly. It explores the conflict between class values and the exacting demands of an austere religious philosophy and examines the relationship between the Puritan gentry and the clerical Puritans who included authors, university dons, schoolmasters, lecturers and parish clergy.

J. T. Cliffe is a Fellow of the Royal Historical Society.