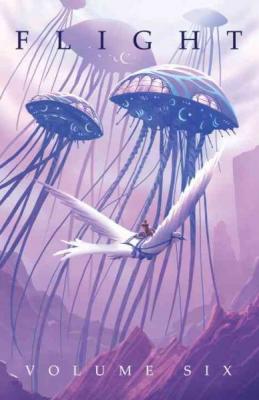 This is book number 6 in the Flight series.

STORIES BY [set in 2 columns]

“Regardless of where it’s shelved, this book belongs in every library.”—Library Journal, on Flight: Volume One

“Sumptuously produced . . . The emphasis on the visual is Flight’s most notable strength.”—Booklist, on Flight: Volume Three