Autobiography and Authorship in Renaissance Verse: Chronicles of the Self (Early Modern Literature in History) (Hardcover) 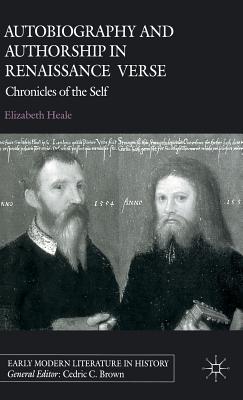 The advent of relatively cheap editions in the mid-sixteenth century produced an explosion of verse, much of which represented the first person speaker as a version of the author. This book examines ways in which writers, often seeking advancement in their careers, harnessed verse for self-promotional purposes. Texts studied include a manuscript autobiography by Thomas Whythorne, printed verse by a woman, Isabella Whitney, travel and war narratives, as well as canonical texts by Spenser, Sidney and Shakespeare.

ELIZABETH HEALE is a Senior Lecturer in the Department of English at Reading University. She has published two books, The Faerie Queene. A Reader's Guide (2nd ed 1999) and Wyatt, Surrey and Early Tudor Poetry (1998), and numerous articles on sixteenth-century verse in print and manuscript