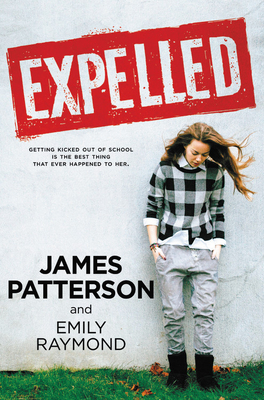 When four teens are accused of crimes they didn't commit, they team up to investigate everyone at school who could have set them up.
Theo Foster's Twitter account used to be anonymous -- until someone posted a revealing photo that got him expelled. No final grade. No future. No fair.
Theo's resigned to a life of misery working at the local mini-mart when a miracle happens: Sasha Ellis speaks to him. Sasha Ellis knows his name. She was also expelled for a crime she didn't commit, and now he has the perfect way to get her attention: find out who set them up.
To uncover the truth, Theo has to get close to the suspects: the hacker, the quarterback, the mean girl, the vice principal, and his own best friend. What secrets are they hiding? And how can Theo catch their confessions on camera?

James Patterson holds the Guinness World Record for the most #1 New York Times bestsellers, including Confessions of a Murder Suspect and the Maximum Ride series, and his books have sold more than 350 million copies worldwide. A tireless champion of the power of books and reading, Patterson created a children's book imprint, JIMMY Patterson, whose mission is simple: "We want every kid who finishes a JIMMY Book to say, 'PLEASE GIVE ME ANOTHER BOOK.'" Patterson invests proceeds from the sales of JIMMY Patterson Books in pro-reading initiatives.

Emily Raymond collaborated with James Patterson on First Love and The Lost, and is the ghostwriter of six young adult novels, one of which was a #1 New York Times bestseller. She lives with her family in Portland, Oregon.

"A Breakfast Club-like novel for a new generation, filled with mysteries and twists right up until the very end...fans of Pretty Little Liars will be hooked in this drama."
—Booklist

"A contemporary novel with a little something for everyone... Reminiscent of The Breakfast Club, the story challenges stereotyped perspectives of teens, while providing clues to the characters' motives and secret conflicts."—Publisher's Weekly

"Expelled is a quick, entertaining coming-of-age story that challenges teen stereotypes while providing a mystery."—VOYA Magazine