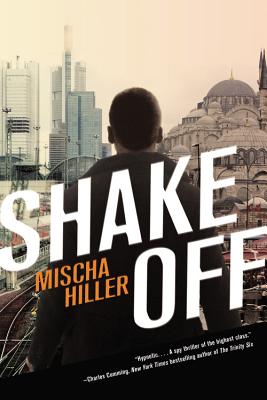 An internationally acclaimed thriller of love, espionage and subterfuge, in which Middle East meets West with dangerous consequences.

Years of training have transformed Michel Khoury into a skilled intelligence operative. A refugee whose family was murdered by extremists, he has one mission: the peaceful resolution of the Middle East conflict that upended his life.

An alluring enigma, he attracts the attention of Helen, a pretty English girl who lives in the adjacent apartment. As their relationship develops, Michel is unable to tell Helen about his past -- or the collection of passports and unmarked bills he's concealed in the bathroom they share.

When Michel's secrets turn deadly, Helen and Michel find themselves pursued through the streets of London, Berlin and the Scottish countryside, on the run from the very people they thought they could trust.

A critically celebrated novel that "recalls the cool detachment and compelling eye for ordinary detail that characterized the early thrillers of Graham Greene" (Independent on Sunday), Shake Off is that rare breed of riveting tale -- of intrigue and suspense, love and betrayal -- that announces a bold new voice for our increasingly global times.

Mischa Hiller is a winner of the Commonwealth Writers' Prize in the Best First Book Category for South Asia & Europe. Raised in London, Beirut, and Dar es Salaam, Hiller lives in Cambridge, England.

"SHAKE OFF absolutely blew me away. Hiller's novel has the benefit of mining every trope of the thriller genre while being absolutely original at the same time. I will read anything by Hiller from now on."
—Malcolm Gladwell, The New Yorker (Best Books of 2012)

"Poignant and human. ... a unique and engaging voice ... deftly drawn ... Powerful and thought-provoking, this is a book that stays with the reader. Mr Hiller's Shake Off is hard to shake off."—The Economist

"A beautifully written novel that chronicles the education of a spy...sensitive and realistic."
—Publishers Weekly (starred review)

"Le Carré said we live in 'coded times,' and SHAKE OFF is a book that takes that idea to hypnotizing levels. A novel about identity and sadness and love, it is also a hellaciously entertaining chase thriller. But the achievement of the novel rests in its orphan main character; Michel is a great character, one of the finest heroes I've seen in the spy genre simply because he is like so many of us, desperately searching for who he is and where he came from. This is a novel that is as much about personhood as it is about tradecraft, and it succeeds on both counts. My highest recommendation."
—Will Lavender, New York Times bestselling author of Obedience and Dominance

"Arresting. As much about human longing as derring-do. More than enough tradecraft, suspense, and double-dealing...in common with the writings of Graham Greene and John le Carré."
—Booklist

"The best spy novels not only spin a great story, they also take us into the minds of characters who are mysteries even to themselves. SHAKE OFF is as deceptive as it is perceptive, an intimate portrait of a man veering away from one tragedy and possibly straight into another one."
—Thomas Mullen, author of The Revisionists

"In the best Le Carre tradition ... Hiller brings to his work not only a craftman's skill but also a compassion for his characters that proves infectious."
—Haaretz (Israel)

"Successfully mixes the suspense and fast pace of a spy story with a set of complex, compelling characters and unexpected situations."
—The Jordan Times (Jordan)

"Gripping [and] taut ... recalls the cool detachment and compelling eye for ordinary detail that characterized the early thrillers of Graham Greene."
—Independent on Sunday (UK)

"Melancholy and dreamlike, Hiller's neat upending of conventions movingly captures the realpolitik of a conflict perpetrated by the shared interests of enemies."
—Telegraph (UK)