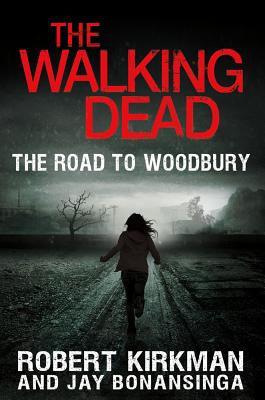 By Robert Kirkman, Jay Bonansinga
This Book Is Not Sold Online - Inquire In Store
Out of Print

This is book number 2 in the The Walking Dead Series series.

The first book explained how the Governor was created; this thrilling sequel to The New York Times bestseller further reveals his ruthless, inhuman conquest of Woodbury

The zombie plague unleashes its horrors on the suburbs of Atlanta without warning, pitting the living against the dead. Caught in the mass exodus, Lilly Caul struggles to survive in a series of ragtag encampments and improvised shelters. But the Walkers are multiplying. Dogged by their feral hunger for flesh and crippled by fear, Lilly relies on the protection of good Samaritans by seeking refuge in a walled-in town once known as Woodbury, Georgia.

At first, Woodbury seems like a perfect sanctuary. Squatters barter services for food, people have roofs over their heads, and the barricade expands, growing stronger every day. Best of all, a mysterious self-proclaimed leader named Philip Blake keeps the citizens in line. But Lilly begins to suspect that all is not as it seems. . . . Blake, who has recently begun to call himself The Governor, has disturbing ideas about law and order.

Ultimately, Lilly and a band of rebels open up a Pandora's box of mayhem and destruction when they challenge The Governor's reign . . . and the road to Woodbury becomes the highway to hell in this riveting follow-up to Robert Kirkman and Jay Bonansinga's New York Times bestselling The Walking Dead: Rise of the Governor.

“Zombie-apocalypse stories are perfect for miserable winter weather regardless, but for those obsessed with The Walking Dead (such as yours truly), this is essential reading. This is the epitome of a page-turner, and makes subway rides just breeze by. And, that end -woof.” —REFINERY29 on The Walking Dead: Rise of the Governor

“An excellent companion to the The Walking Dead comic books. The story is enriched by the novel format, and the characterization of the series' most hated villain is something no fan will want to miss.” —Examiner.com on The Walking Dead: Rise of the Governor

“This book stands alone and is a compelling read for fans of the series or just fans of zombies. Watch out though, because once you get a taste of the particular Kirkman brand of zombie mayhem, catching up on past issues is just around the corner.” —The Ossuary on The Walking Dead: Rise of the Governor

“The story makes a great novel. You'll get sucked in and can easily visualize everything that is happening. It's simply a great read.” —Comicvine.com on The Walking Dead: Rise of the Governor

“It takes great advantage of the literary medium in a way that most tie-in books would not.” —TVOverMind.com on The Walking Dead: Rise of the Governor

“Not for the faint of heart, this book runs on pressure-cooker suspense, graphically described bloodshed, and dark acts of brutality...This riveting character study adds a new dimension to the oeuvre by fleshing out established characters and plot lines.” —School Library Journal on The Walking Dead: Rise of the Governor