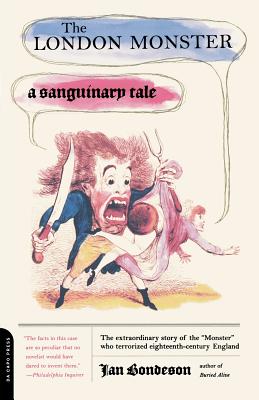 "The facts in this case are so bizarre that no novelist would have dared to invent them," said the Philadelphia Inquirer. Indeed. A century before Jack the Ripper haunted the streets of London, another predator held sway: a "vulgar-looking man" who slashed at female pedestrians with a knife while uttering profanities with a "tremulous eagerness" -- over fifty victims during a two-year crime spree. The city was gripped with fear, outrage, and "Monster mania." The latter was abetted by a -- reward and by the circulation of bawdy prints that capitalized on the Monster's tendency to slash his victims' buttocks. Armed vigilantes roamed the streets, and fashionable ladies dared not walk outdoors without first strategically placing cooking pots under their dresses. Finally, in June 1790, one Rhynwick Williams was arrested. After two long and ludicrous trials (at one of which he was defended energetically by the eccentric Irish poet Theophilus Swift), Williams was convicted. Was he guilty? Or just unlucky enough to fall into the hands of authorities when they needed someone to pay? Drawing on contemporary evidence and reinterpreting Monster mania in the light of historical and modern instances of mass hysteria, Jan Bondeson recounts with dry wit a tale that occupies a unique place in criminal history and imagination.