A Rum Affair: A True Story Of Botanical Fraud (Paperback) 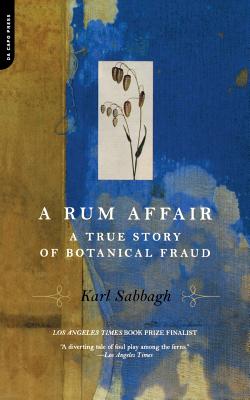 A Rum Affair is an absorbing tale of scientific chicanery and academic intrigue—critically acclaimed and a finalist for the Los Angeles TimesBook Prize. In the 1940s, the eminent British botanist John Heslop Harrison proposed a controversial theory: Species of plants on the islands off the west coast of Scotland, he said, had survived the last Ice Age. His premise flew in the face of evidence that the last advance of the ice sheets extended well south of mainland Scotland, but he said he had proof—the plants and grasses found on the Isle of Rum—that would make his name in the scientific world. Harrison didn't anticipate, however, the tenacious John Raven, an amateur botanist who boldly questioned whether these grasses were truly indigenous to the area, or whether they had been transported there and planted. What seems at first a minor infringement of academic honesty soon becomes an enthralling tale of rival scientists and fraudulent science, a skillful whodunit that, in the hands of the talented Sabbagh, joins the ranks of the best narrative nonfiction.

Karl Sabbagh earned his degree at King's College, Cambridge, before joining BBC Television. He is the author of five books, among them The Living Body and Power into Art. He lives near Stratford-Upon-Avon.