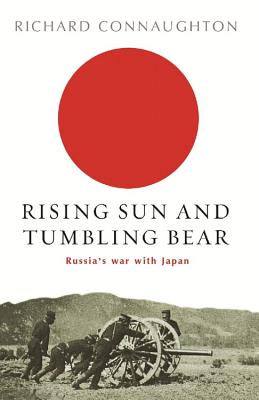 By Richard Connaughton
$17.99
Unavailable, Out of Stock, or Out of Print


The definitive history of the Russo-Japanese war

The Russians were wrong-footed from the start, fighting in Manchuria at the end of a 5,000 mile single track railway; the Japanese were a week or so from their bases. The Russian command structure was hopelessly confused, their generals old and incompetent, the Tsar cautious and uncertain. The Russian naval defeat at Tsushima was as farcical as it was complete. The Japanese had defeated a big European power, and the lessons for the West were there for all to see, had they cared to do so. From this curious war, so unsafely ignored for the most part by the military minds of the day, Richard Connaughton has woven a fascinating narrative to appeal to readers at all levels.

Colonel Richard Connaughton spent two years as Head of the British Army's Defence Studies, the culmination of a twenty-two year career in the army, retiring in 1992. He now undertakes studies in the politico-military field on an international basis for client governments and the military, and has an intimate knowledge of military and special forces' involvement in the trouble spots of recent years. He has a fierce but charming intellect.

Connaughton...has done an important service by
reconstructing in detail the land campaign...that presaged the horrors
of the First World War to come—US NAVAL WAR COLLEGE REVIEW