Past and Prologue: Politics and Memory in the American Revolution (Hardcover) 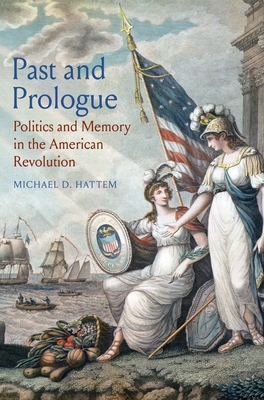 “A powerful, clearly made argument that scholars on the revolution’s origins will need to reckon with.” —Frank Cogliano, University of Edinburgh

In Past and Prologue, Michael Hattem shows how colonists’ changing understandings of their British and colonial histories shaped the politics of the American Revolution and the origins of American national identity. Between the 1760s and 1800s, Americans stopped thinking of the British past as their own history and created a new historical tradition that would form the foundation for what subsequent generations would think of as “American history.” This change was a crucial part of the cultural transformation at the heart of the Revolution by which colonists went from thinking of themselves as British subjects to thinking of themselves as American citizens. Rather than liberating Americans from the past—as many historians have argued—the Revolution actually made the past matter more than ever. Past and Prologue shows how the process of reinterpreting the past played a critical role in the founding of the nation.

Michael D. Hattem is Associate Director of the Yale-New Haven Teachers Institute. He has taught history at Knox College and Lang College at The New School.

“Hattem presents a powerful, clearly made argument that scholars on the revolution’s origins will need to reckon with.” —Frank Cogliano, University of Edinburgh

“In this sure-footed, luxuriant, and often surprising book, the author shows how Americans made history on their way to nationhood. What a worthy, insightful testament to history’s enduring importance.”—Benjamin L. Carp, Brooklyn College, CUNY

“By introducing and exploring the idea of a “history culture” developing both before and after 1776, Hattem has produced one of the most impressive discussions in a very long time of the coming of the American Revolution and its impact on the formation of national identity and American nationalism.”— Andrew Shankman, author of Original Intents: Hamilton, Jefferson, Madison, and the American Founding

“Michael Hattem's Past and Prologue brilliantly explores history's roles in the American Revolution and in developing American national identity. This learned, vigorous book signals the debut of a major scholar.”—R. B. Bernstein, author of The Education of John Adams