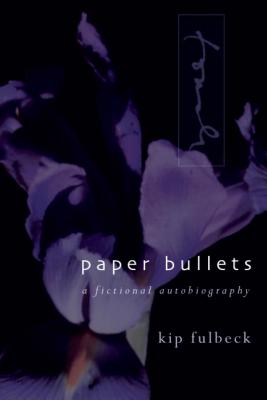 Award-winning videomaker, performance artist, and pop-culture provocateur Kip Fulbeck has captivated audiences worldwide with his mixture of high
comedy and personal narrative. In Paper Bullets, his first novel, Fulbeck taps into his Cantonese, English, Irish, and Welsh heritage, weaving a fictional autobiography from 27 closely linked stories, essays, and confessions. By turns sensitive and forceful, passionate and callous, Fulbeck confronts the politics of race, sex, and Asian American masculinity head-on without apology, constantly questioning where Hapas fit in a country that ignores multiracial identity.

Raised in southern California by a Chinese-born mother and a Caucasian father, Fulbeck pushes the conventions of literary form as he simultaneously draws from, recreates, and fabricates his own life history. His range of experiences--from college professor to youth outreach volunteer, blues player to surfer and lifeguard--informs his witty and humane writing. Like himself, his protagonist is a young man shaped by the conflicting mores, stigmas, desires, and codes of male conduct in America. He searches for and mismanages love and independence, continually experimenting with sex along the way. Sometimes hilarious, always heartfelt, surfing the trivia of pop culture and sound bits, his inner voice shifts continually among the real, the perceived, and the imagined.