With Her Machete in Her Hand: Reading Chicana Lesbians (Chicana Matters) (Paperback) 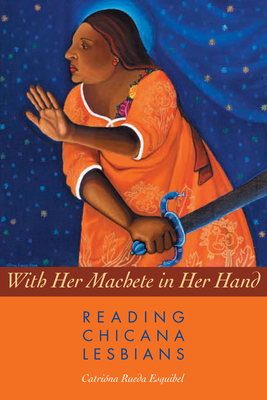 With the 1981 publication of the groundbreaking anthology This Bridge Called My Back: Writings by Radical Women of Color, Cherríe Moraga and Gloria Anzaldúa ushered in an era of Chicana lesbian writing. But while these two writers have achieved iconic status, observers of the Chicana/o experience have been slow to perceive the existence of a whole community—lesbian and straight, male as well as female—who write about the Chicana lesbian experience. To create a first full map of that community, this book explores a wide range of plays, novels, and short stories by Chicana/o authors that depict lesbian characters or lesbian desire. Catrióna Rueda Esquibel starts from the premise that Chicana/o communities, theories, and feminisms cannot be fully understood without taking account of the perspectives and experiences of Chicana lesbians. To open up these perspectives, she engages in close readings of works centered around the following themes: La Llorona, the Aztec Princess, Sor Juana Inés de la Cruz, girlhood friendships, rural communities and history, and Chicana activism. Her investigation broadens the community of Chicana lesbian writers well beyond Moraga and Anzaldúa, while it also demonstrates that the histories of Chicana lesbians have had to be written in works of fiction because these women have been marginalized and excluded in canonical writings on Chicano life and experience.