After the Fall: The Demeter-Persephone Myth in Wharton, Cather, and Glasgow (Paperback) 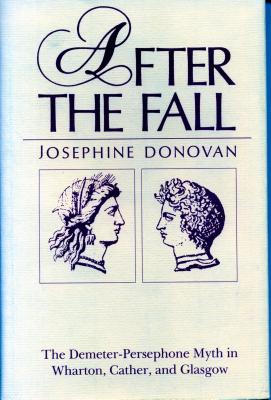 The author sees the Demeter-Persephone myth as central to these writers' thematics, but interprets the myth in terms of the historical transitions taking place in turn-of-the-century America. Donovan focuses on the changing relationship between mothers and daughters--in particular upon the "new women's" rebellion against the traditional women's culture of their nineteenth-century mothers (both literary and literal). An introductory chapter traces the male-supremacist ideologies that formed the intellectual climate in which these women wrote.

Reorienting Wharton, Cather, and Glasgow within women's literary traditions produces major reinterpretations of their works, including such masterpieces as Ethan Frome, Summer, My Antonia, Barren Ground, and others.

Josephine Donovan's books include Feminist Theory: The Intellectual Traditions of American Feminism (1992); New England Local Color Literature: A Women's Tradition (1988); and Sarah Orne Jewett (2002). She is on the faculty of the University of Maine.