At the Margins of the Renaissance: Lazarillo de Tormes and the Picaresque Art of Survival (Studies in Romance Literatures) (Hardcover) 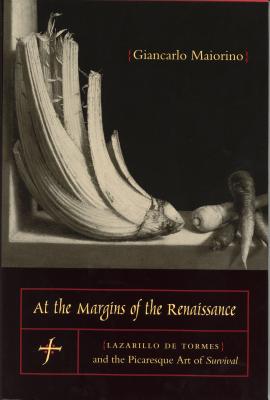 By Giancarlo Maiorino
$72.95
Unavailable, Out of Stock, or Out of Print

Published anonymously in 1554, Lazarillo de Tormes upset all the strict hierarchies that governed art and society during the Renaissance. It traces the adventures not of a nobleman or ancient hero, but rather of an ordinary man who struggles for survival in a cruel, corrupt society after growing up under the care of a blind beggar. Giancarlo Maiorino treats this picaresque narrative as a prism for exploring econopoetics, a term he uses to foreground the ways in which literary and economic modes of production feed off one another. His approach introduces readers to the turbulent world of common people of Renaissance Spain even as it affords abundant insights into the historical significance of this literary classic.

Although literary historians generally connect the rise of the novel to the needs of the middle classes of England, Maiorino demonstrates that its deepest roots are in the culture of indigence that developed at the peripheries of Renaissance society and challenged--even parodied--its authoritarian ambitions. Seen in this light, Lazarillo de Tormes emerges as a key text in understanding the novel's purchase on visions of escape from authority into alternative modes of existence.

Maiorino grounds his far-reaching arguments in recent theories of textuality and the practices of everyday life. His book will be important reading for all those concerned with the Renaissance, Spanish history and culture, and, more generally, theories of the novel.

Giancarlo Maiorino is Rudy Professor Emeritus of Comparative Literature at Indiana University. He is the author of numerous books, including First Pages: A Poetics of Titles (Penn State, 2008).