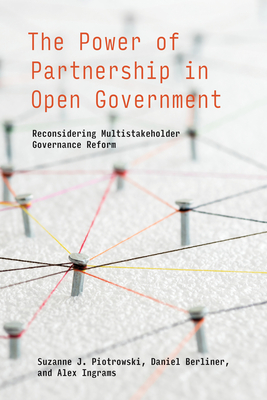 What the Open Government Partnership tells us about how international initiatives can and do shape domestic public sector reform.

By 2019 the Open Government Partnership had grown to 78 member countries and 20 subnational governments. Through a variety of methods—document analysis, interviews, process tracing, and quantitative analysis of secondary data—Suzanne J. Piotrowski, Daniel Berliner, and Alex Ingrams chart the Open Government Partnership’s effectiveness and evaluate what this reveals about the potential of international reform initiatives in general. Their work calls upon scholars and policymakers to reconsider the role of international institutions and, in doing so, to differentiate between direct and indirect pathways to transnational impact on domestic policy. The more nuanced and complex processes of the indirect pathway, they suggest, have considerable but often overlooked potential to shape policy norms and models, alter resources and opportunities, and forge new linkages and coalitions—in short, to drive the substantial changes that inspire initiatives like the Open Government Partnership.

Suzanne J. Piotrowski is a Professor of Public Affairs and Administration at Rutgers University–Newark and Director of the Transparency and Governance Center.

Daniel Berliner is Associate Professor of Political Science and Public Policy in the Department of Government at the London School of Economics.

Alex Ingrams is Assistant Professor in the Institute of Public Administration, Leiden University, the Netherlands.