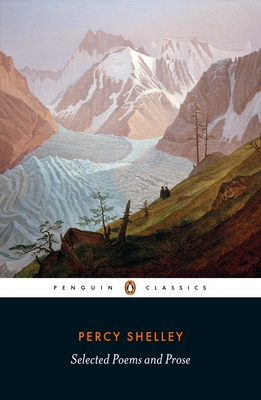 Percy Bysshe Shelley was one of the leading English Romantics and is critically regarded among the finest lyric poets in the English language. His major works include the long visionary poems “Prometheus Unbound” and “Adonais,” an elegy on the death of John Keats. His shorter, classic verses include “Ozymandias,” “To a Skylark,” “Mont Blanc,” and “Ode to the West Wind.” This comprehensive and informative new edition collects his best poetry and prose, revealing how his writings weave together the political, personal, visionary, and idealistic.

Percy Bysshe Shelley was born in 1792 and published his first volume of poetry in 1809. He was expelled from Oxford University for his distributing a pamphlet entitled “The Necessity of Atheism.” Four months later, he eloped with and married Harriet Westbrook but later left her for Mary Wollstonecraft, future author of Frankenstein. Shelley was working on his last major poem, “The Triumph of Life,” when he was drowned in Italy in 1822, aged twenty-nine.

Jack Donovan (editor) is a reader in English Literature at the University of York and co-editor of the Longman Annotated English Poets edition of Shelley.

Cian Duffy (editor) is reader in English at St. Mary’s University College, Twickenham. He co-edits the Longman Shelley, and is the author of Shelley and the Revolutionary Sublime.

"One can only marvel at the amount of editorial work that has gone into this volume … There is a world of difference between having to read a poet as part of your studies and picking one up for pleasure later, which is why this is such an important and definitive edition. It will suit both the scholar and the general reader … While today the flame of progressive thought is flickering in the gales of intolerance and brute ignorance, we need Shelley’s example, and his exemplary anger, all the more."
—The Guardian