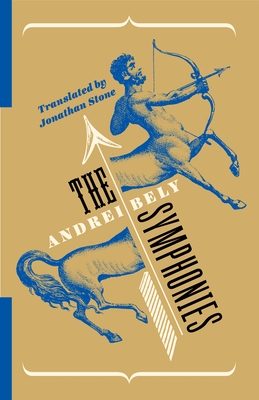 Andrei Bely is best known for the modernist masterwork Petersburg, a paradigmatic example of how modern writers strove to evoke the fragmentation of language, narrative, and consciousness. In the early twentieth century, Bely embarked on his life as an artist with texts he called "symphonies"--works experimenting with genre and sound, written in a style that shifts among prosaic, poetic, and musical. This book presents Bely's four Symphonies--"Dramatic Symphony," "Northern Symphony," "The Return," and "Goblet of Blizzards"--fantastically strange stories that capture the banality of life, the intimacy of love, and the enchantment of art. The Symphonies are quintessential works of modernist innovation in which Bely developed an evocative mythology and distinctive aesthetics. Influenced by Russian Symbolism, Bely believed that the role of modern artists was to imbue seemingly small details with cosmic significance. The Symphonies depict the drabness of daily life with distinct irony and satire--and then soar out of turn-of-the-century Moscow into the realm of the infinite and eternal. They conjure worlds that resemble our own but reveal elements of artifice and magic, hinting at mystical truths and the complete transfiguration of life. Showcasing the protean quality of Bely's language and storytelling, Jonathan Stone's translation of the Symphonies features some of the most captivating and beguiling writing of Russia's Silver Age.

Andrei Bely, the pseudonym of Boris Nikolaevich Bugaev (1880-1934), was a central figure of Russian symbolism and modernism as a poet, novelist, and theorist. He was a proponent of innovation who aimed both to revolutionize Russian literature and to find a philosophical framework for modernist techniques. His books include The Silver Dove, Petersburg, and Kotik Letaev. Jonathan Stone is associate professor of Russian at Franklin & Marshall College. His books include The Institutions of Russian Modernism: Conceptualizing, Publishing, and Reading Symbolism (2017) and Decadence and Modernism in European and Russian Literature and Culture: Aesthetics and Anxiety in the 1890s (2019).