The Holocaust and the Nakba: A New Grammar of Trauma and History (Religion #39) (Paperback) 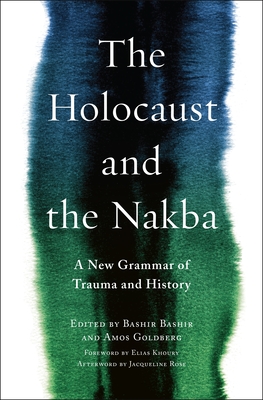 In this groundbreaking book, leading Arab and Jewish intellectuals examine how and why the Holocaust and the Nakba are interlinked without blurring fundamental differences between them. While these two foundational tragedies are often discussed separately and in abstraction from the constitutive historical global contexts of nationalism and colonialism, The Holocaust and the Nakba explores the historical, political, and cultural intersections between them. The majority of the contributors argue that these intersections are embedded in cultural imaginations, colonial and asymmetrical power relations, realities, and structures. Focusing on them paves the way for a new political, historical, and moral grammar that enables a joint Arab-Jewish dwelling and supports historical reconciliation in Israel/Palestine.

This book does not seek to draw a parallel or comparison between the Holocaust and Nakba or to merely inaugurate a "dialogue" between them. Instead, it searches for a new historical and political grammar for relating and narrating their complicated intersections. The book features prominent international contributors, including a foreword by Lebanese novelist Elias Khoury on the centrality of the Holocaust and Nakba in the essential struggle of humanity against racism, and an afterword by literary scholar Jacqueline Rose on the challenges and contributions of the linkage between the Holocaust and Nakba for power to shift and a world of justice and equality to be created between the two peoples. The Holocaust and the Nakba is the first extended and collective scholarly treatment in English of these two constitutive traumas together.

Bashir Bashir is Associate Professor in the Department of Sociology, Political Science, and Communication at the Open University of Israel and a senior research fellow at the Van Leer Jerusalem Institute. He is coeditor of The Politics of Reconciliation in Multicultural Societies (2008). Amos Goldberg is Associate Professor and Chair of the Department of Jewish History and Contemporary Jewry at the Hebrew University of Jerusalem. His books include Trauma in First Person: Diary Writing During the Holocaust (2017). Elias Khoury is a literary critic and novelist whose books include Gate of the Sun. Jacqueline Rose is a professor of humanities at the Birkbeck Institute for the Humanities.