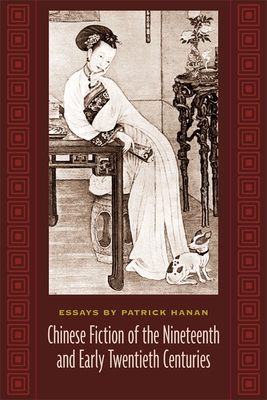 It has often been said that the nineteenth century was a relatively stagnant period for Chinese fiction, but preeminent scholar Patrick Hanan shows that the opposite is true: the finest novels of the nineteenth century show a constant experimentation and evolution. In this collection of detailed and insightful essays, Hanan examines Chinese fiction before and during the period in which Chinese writers first came into contact with western fiction. Hanan explores the uses made of fiction by westerners in China; the adaptation and integration of western methods in Chinese fiction; and the continued vitality of the Chinese fictional tradition. Some western missionaries, for example, wrote religious novels in Chinese, almost always with the aid of native assistants who tended to change aspects of the work to "fit" Chinese taste. Later, such works as Washington Irving's "Rip Van Winkle," Jonathan Swift's "A Voyage to Lilliput," the novels of Jules Verne, and French detective stories were translated into Chinese. These interventions and their effects are explored here for virtually the first time.

Patrick Hanan is Victor S. Thomas Professor of Chinese Literature emeritus at Harvard University. He is the author of The Chinese Vernacular Story and The Invention of Li Yu, and the translator of The Carnal Prayer Mat, The Sea of Regret, and A Tower for the Summer Heat (Columbia) among other works.