Accountability and the Public Interest in Broadcasting (Hardcover) 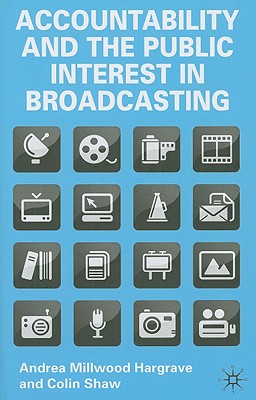 ANDREA MILLWOOD HARGRAVE is an independent advisor on media regulatory policy and research issues, working internationally. She is an Associate of the Programme in Comparative Media Law and Policy, Centre for Socio-Legal Studies, Oxford University, UK, and Director of Regulatory Affairs at the International Institute of Communications. She is also a former Research Director of the Broadcasting Standards Commission and the Independent Television Commission. Her books include Cultural Diversity in the Policy Environment (2005) and Harm and Offence in Media Content: A Review of the Evidence (co-authored, 2006). COLIN SHAW joined the BBC as a radio drama producer in 1953 and left in 1976 as the Corporation's Chief Secretary, becoming the IBA's Director of Television for the next six years. He served as Director of the Independent Television Association Planning Unit between 1983 and 1987 and subsequently acted as Founder/Director of the Broadcasting Standards Council. His books include Rethinking Governance and Accountability (BBC Charter Review Series, edited, 1993) and Deciding What We Watch: Taste, Decency and Media Ethics in the UK and USA (1999). He was appointed CBE in 1992.