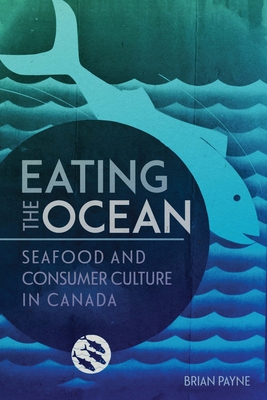 During the first half of the twentieth century, Canadian fisheries regularly produced more fish than markets could absorb, driving down profits and wages. To address this, both industry and government sought to stimulate domestic consumption via increased advertising. In Eating the Ocean Brian Payne explores how government-funded marketing called upon Canadian housewives to prepare more seafood meals to improve family health and aid an industry central to Canadian identity and heritage. The goal was first to make seafood a central element of a “wholesome” diet as a solution to a perceived nutritional crisis, and, second, to aid industry recovery and growth while decreasing Canadian fisheries’ dependency on foreign markets. But fishery managers and policymakers fundamentally miscalculated consumer demand, wrongly assuming that Canadians could and would eat more seafood. Fisheries continued to extract more fish than the environment and the market could sustain, and the collapse of the nation’s fisheries that we are now seeing has as much to do with failed assessments of market demand as it does with faulty extraction practices. Using internal communications between industry leaders and Ottawa bureaucrats, as well as advertising and promotional material published in the nation’s leading magazines, national and local newspapers, and radio programming, Eating the Ocean traces the flawed understanding of not only supply but demand, a misguided gamble that caused fisheries to become the most mismanaged resource economy in early-twentieth-century Canada.

Brian Payne is professor of history and Canadian studies at Bridgewater State University in Massachusetts.

“Eating the Ocean offers insights into an important – but entirely neglected – aspect of the many wrongheaded fisheries policies of the twentieth century that have culminated in the dreadful situation of so many of the world’s current fisheries. Brian Payne makes a clear and very well-documented case that it was the focus on consumption that led to overproduction, overfishing, and a tremendous waste of resources.” Jennifer Hubbard, Toronto Metropolitan University and author of A Science on the Scales: The Rise of Canadian Atlantic Fisheries Biology, 1898–1939