The Children's Senator: Landon Pearson and a Lifetime of Advocacy (Hardcover) 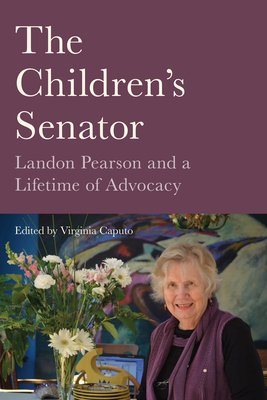 The Honourable Landon Pearson's domestic and global advocacy efforts with, for, and on behalf of children and young people have unfolded over a period of sixty years including thirty years in the Canadian Foreign Service and eleven years in the Senate of Canada. Two of the key ideas that frame her vision are that as rights holders, children have a right to participate in matters that affect their lives, and that every child needs at least one adult to provide steadfast and consistent support. In The Children's Senator contributors detail Pearson's influence on children's rights scholarship, research, and advocacy in a variety of areas including Indigenous children's rights, youth justice, commercial sexual exploitation of children, children's mental health, and corporal punishment. Following Pearson's lifelong commitment to highlighting young people's participation, the volume also includes testimonials from former students regarding her invaluable mentorship. Pearson's professional career and aspects of her personal life, including her experience as a parent of five children, merge in a fascinating account of Canada's premier children's rights advocate. An intimate and compelling collection, The Children's Senator celebrates Pearson as a catalyst of change in Canada and internationally. Her efforts to construct a children's rights architecture in collaboration with decision-makers and young people inform a legacy that has laid a foundation for children's rights into the twenty-first century.

Virginia Caputo is associate professor in the Department of Sociology and Anthropology at Carleton University and director of the Landon Pearson Centre for the Study of Childhood and Children's Rights.

"Such a book is long overdue, given Pearson's lifelong contributions in the area of children's rights, her reputation as a children's advocate both domestically and internationally, and her wide-ranging influence on scholars and students alike. The Children's Senator gives the reader a front-row seat to the depth and breadth of Pearson's wide-ranging influence and contributions." Thomas Waldock, Nipissing University